Award plaques in Lagos, Nigeria is a world class plaques production company located in Lagos with unique awards and designs that  are centred on promoting the culture of excellence and healthy competition in the workplace, challenges for higher achievements, promote employees and employers relationship and ultimately increases sales or revenue and  production.  Excellence awards International, the best award plaques makers in Lagos, Nigeria which is behind all the award plaques in Lagos has been in existence since 2006.

What is award plaque?

Plaque award is that tangible memento that say thank you for the work well done. It is that object with an inscription that recognizes outstanding achievements.  Award plaques are easy to showcase or flaunt artfully in an array of achievements. This is done mostly to inspire and motivate others.  When award plaques are received and hung in the house or kept at the shelf, they remind the recipients the achievements that earned him the memento or gift.

The purpose of award plaques

Award plaques have different purposes for different people.  No matter the purpose however, award plaques in Lagos creation emphasize much importance  in recognizing employees support, contributions and achievements in the workplace . Plaque award  is also used in acknowledging a gift or donation received. No wonder most people adopt award giving in a launching of any kind. This no doubt is a driving force or a motivation for the purpose of donations. Research conducted as a result of award plaques production in Lagos showed that launching with award giving recorded 95% results when compared with the ones without  award and recognitions. Award plaques also play vital roles in recognizing key roles some individuals played in one’s life.  It might come in form of recognition and or appreciation. 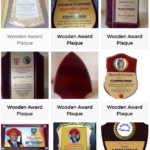 award. The same way their shapes comes in rectangular shapes, square shapes, finger shapes, shield or love shapes as well as barca shapes among others.  Another type of award plaques in Lagos is the categories of acrylic plaque. 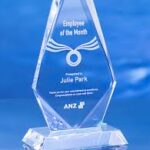 They come in different designs and shapes like that of wood. In most cases, any design or shape of acrylic is achievable by means of laser acrylic cutting process. Then there is crystal award plaques  in Lagos otherwise known as glass award by so many people in part of the world. 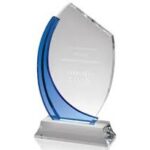 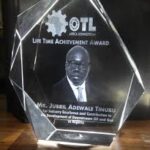 award. Even medals and trophy are under the categories of plagues on their own. In as much as it is aimed at promoting the culture of excellence in the workplace.

Souvenirs and gift items are interchangeably used in most cases. In either way, it’s a memento or token of remembrance just like award plaques in Lagos; received from a celebrant in an event most likely wedding, birthday and or naming ceremony or anniversary. Gift items and souvenirs are numerous and include mugs, towel, face caps, t-shirts, diary, lapel pins, umbrellas, carrier bags, jotters, key holders or key rings, throw pillows, biros and much more. The good aspect of these is that it will be branded or customized to reflect the purpose in which it was given out. Production of award plaques may not be complete  in Lagos without talking about souvenirs and gift items.

Prices of award plaques in Lagos vary. In fact the choice or type of plaque determines the price. Wooden plaques which have various sizes also have prices according to size. In fact their prices range from N5, 000 to N15, 000 even though in most cases quantities define the price. It means some of them, the prices are negotiable. The same is applicable to acrylic plaques in Lagos. One has to budget between N8500 to N12, 000 while as crystal plaques range from N16, 000 to N25, 000.  The 3D crystal which is the most expensive ranges from  N60, 000 to N200, 000. It is advisable to meet and discuss with the maker because prices in most cases are determined by some market forces which may include demand and supply and most importantly exchange rates.

Award plaques production in Lagos may not be that easy because it involves a lot of process. First design or shape of the plaque determines the graphics arrangements. When this is done and approved by the customer, it is printed out for either sublimation transfer in the case of wooden and acrylic plaques, cromer for crystal plaque award, UV laser engraving for 3D crystal and much more other methods. Award plaques production in Lagos is a very lucrative business for those who can withstand its challenges.

Custom award plaques are plaques that are specially designed to depict the uniqueness of the customer alone. It is most common in many plaques and on special request. Excellence Awards International takes custom plaques under special request for award plaques production in Lagos .Custom plaques are tailor made or personalized for a particular customer. In most cases, it is done to represent the purpose of the event. Custom plaques awards in Lagos are mostly expensive. Most of the unique awards are custom made.

What do you write on award plaque?

What you write on award plaques production in Lagos are determined by the aims and objectives of the awards. Captions of the plaques play vital role in directing the body of the text. Most of the headings or captions include appreciation award, recognition award, award of excellence, distinguished service award among others. This precedes presented to. Then the main body or text or write up. This explains why the award is been given out, Example; Award of excellence, presented to;  Mr. Plaque Award in Lagos; in recognition of your leadership roles turns our organization around; given this day, 11 March 2022.

Excellence Awards International is a well-known maker of award plaques in Lagos, Nigeria, it is advisable therefore to reach out to the company for a complete guide, direction and production of any type of plaques of your choice. There is easy access to their hot line via whatsapp on 08033820855.